Last Saturday I was in Amsterdam with friends. I like walking around in that city, it’s always crowded. I tried a little shopping as well, but I like shopping on less busy days. So I didn’t buy anything. 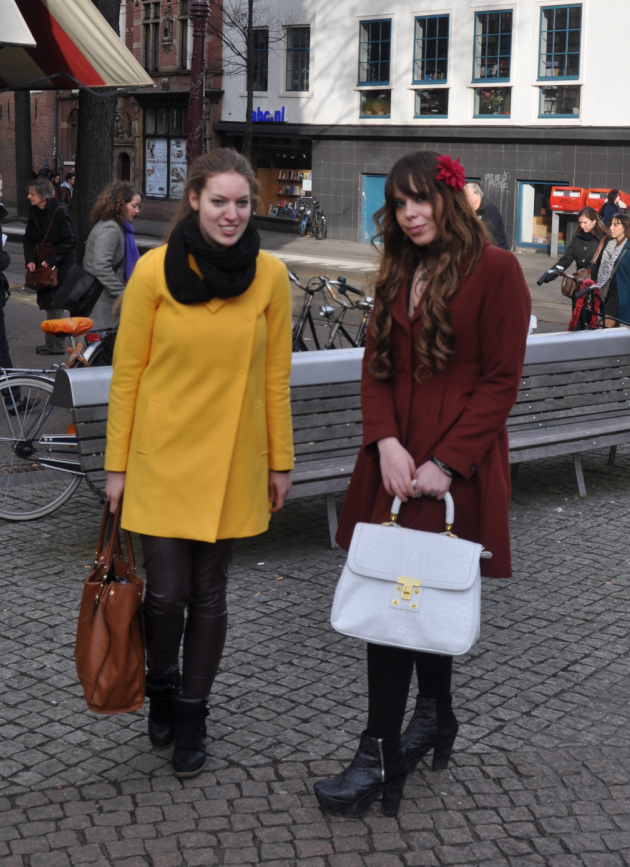 It’s me and my friend Kelly! I like her style and her crazy shoes~ 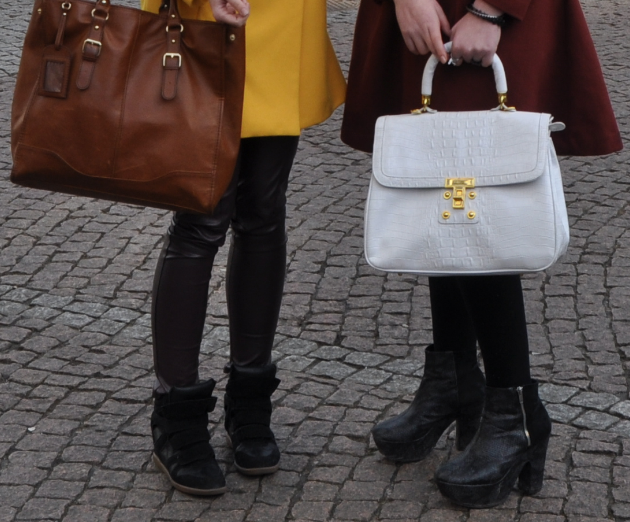 (On the left a random picture of two boys, because the one with the brown shoes looked superstylish.) 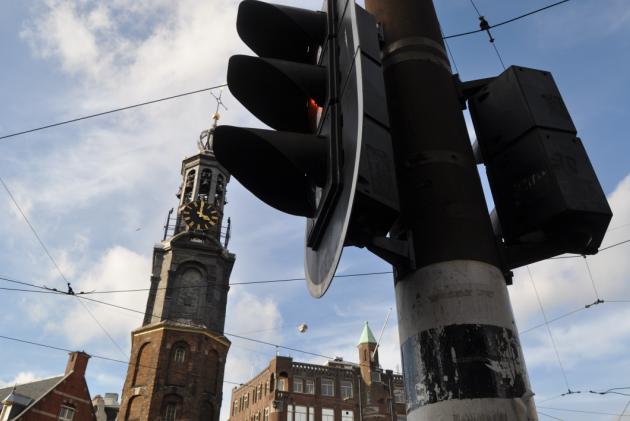 We had dinner at Vapiano’s, I took the pizza with tuna. 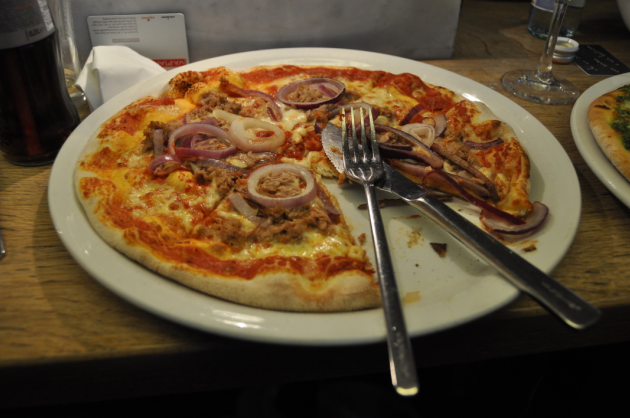 You know the coat collection for V&D by Mart Visser? Today I tried this yellow coat on. I love the color (remember my previous post) and it fitted nice, but I figured since I already have a yellow coat I rather save my money for something else. 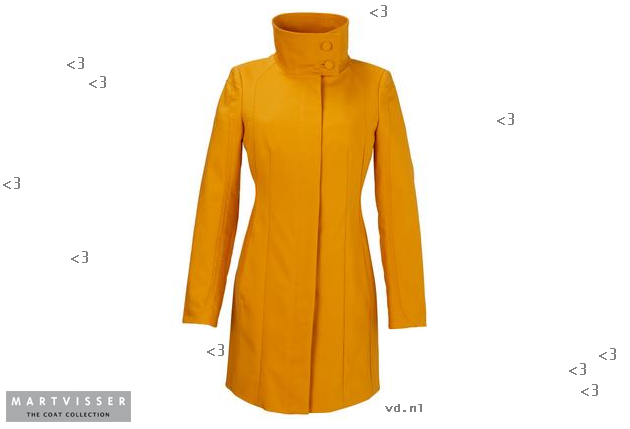 It’s a beautiful coat though.

You know what it is… BLACK ‘n YELLOW!

I claim my blog to be fashion & lifestyle related, but I’ve never done a post specifically about trends! So here’s a new category: fashion trends.

Of course, there are lots of trends going on, but one caught my special attention: going yellow. I myself bought a bright yellow coat last year and I’m still wearing it very often. I think it’s such a nice colour. I even like it better when it’s combined with black (or other dark shades). 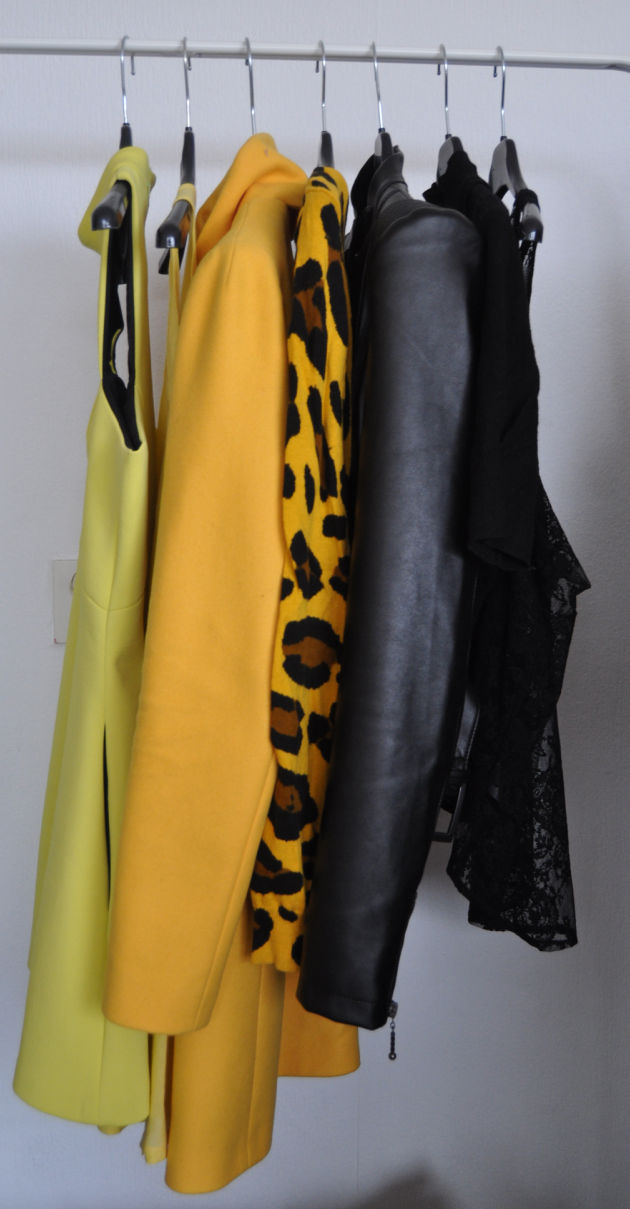 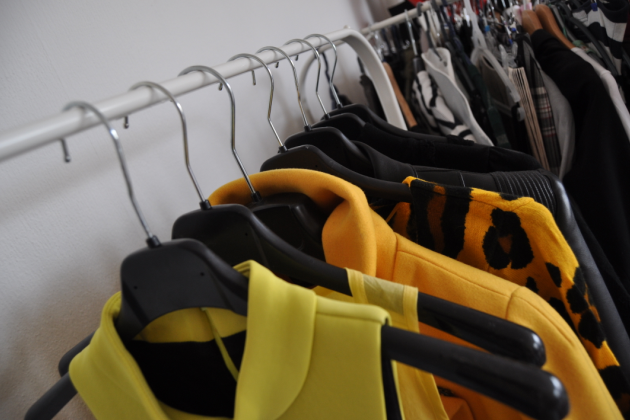 Some nice items for spring? (Love the aztec print): 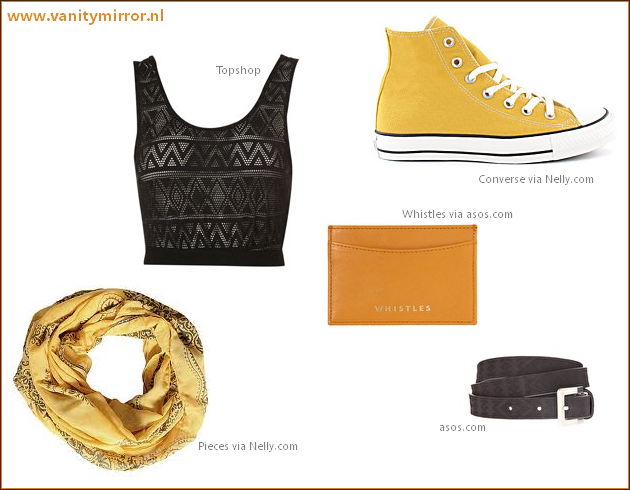 Trends are awesome, but a trend is no rule. Maybe that’s the best thing about it; you can interpret fashion in so many ways.

Omg, I had such a crazy night last Saturday. Me and my friend Manon went out to a club for some dancing, but before we go we took a shot of Stroh 80. 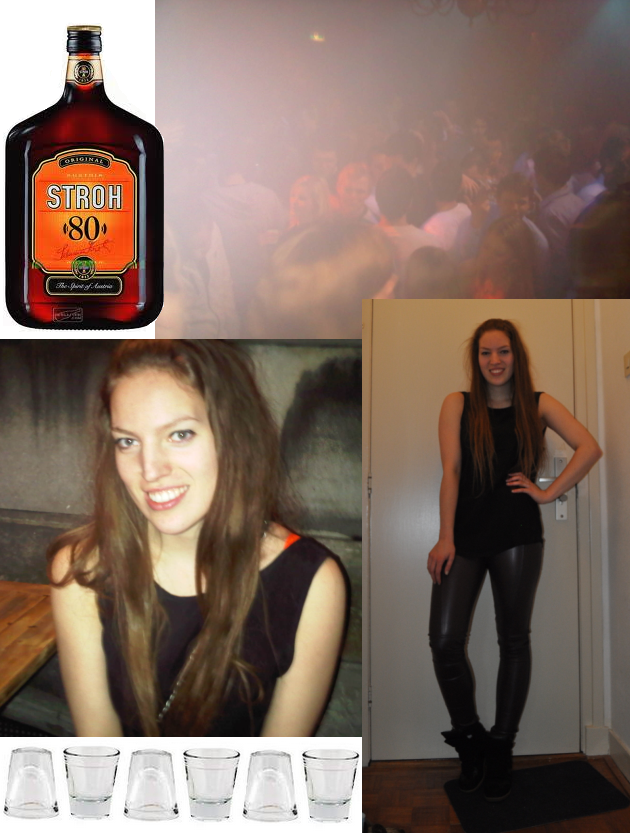 And well… since I don’t drink very often I became a bit tipsy. No problem of course, I mean, it isn’t harder to dance when there’s a little alcohol in your blood, right? Haha.

A few drinks later (already in the club) my friend got up on the bar for dancing and she encouraged me to come up too. I did. So I was dancing, but I lost my balance a bit and took a step back.

I stepped on the place where the barkeeper puts his clean glasses. I felt the hate of four bartenders, hahaha. (Didn’t care at that moment though.) I came down anyways, I didn’t want to fall down for real!

Later that night we went outside and before going home we were talking with some people and decided to have a little afterparty at my place. Such a crazy night! Nevertheless a really fun one~

(Btw, I love the outfit I was wearing that night, I’m gonna wear it again in a few days, so then I probably make some better pictures of it!)

Here is my last post about Tsunacon 2012. I saw lots of girls wearing nice things and I made some pictures. Some of them are a bit blurry, since I think it’s difficult to make a clear shot when the light isn’t great. I still have to learn a lot about photography! 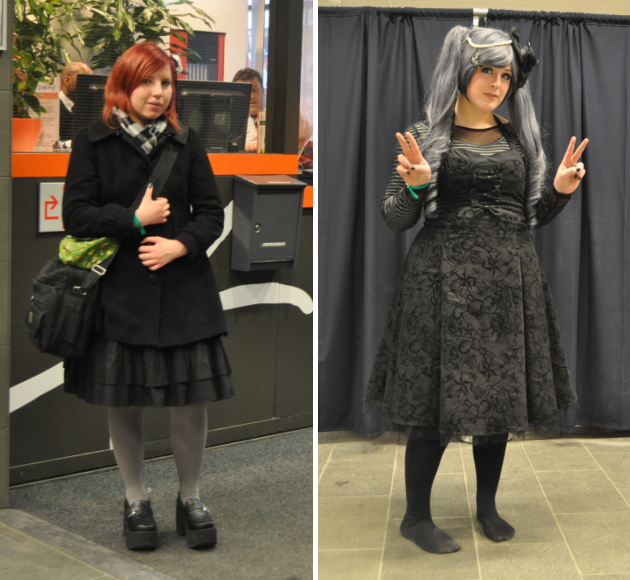 Lolita style! These looks are playful, but also feminine because of the shape and color. 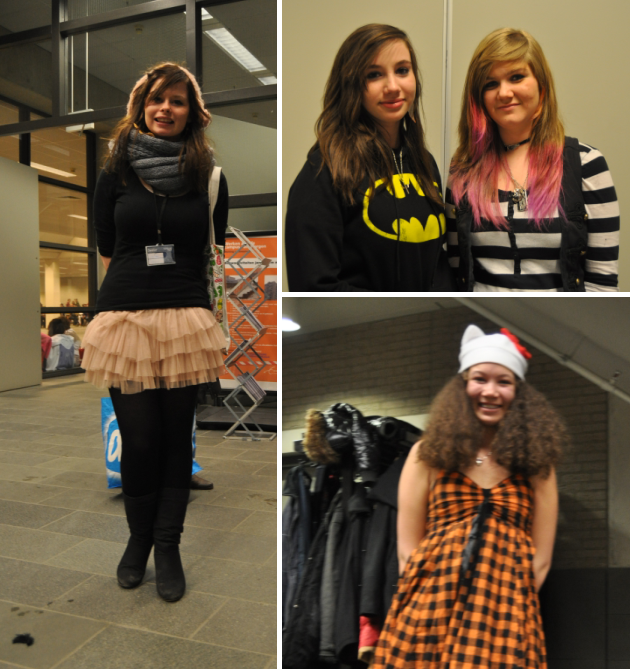 I like every single look shown above, I think these looks are very wearable and stylish. (And don’t you think pink dipdye hair is really hot? 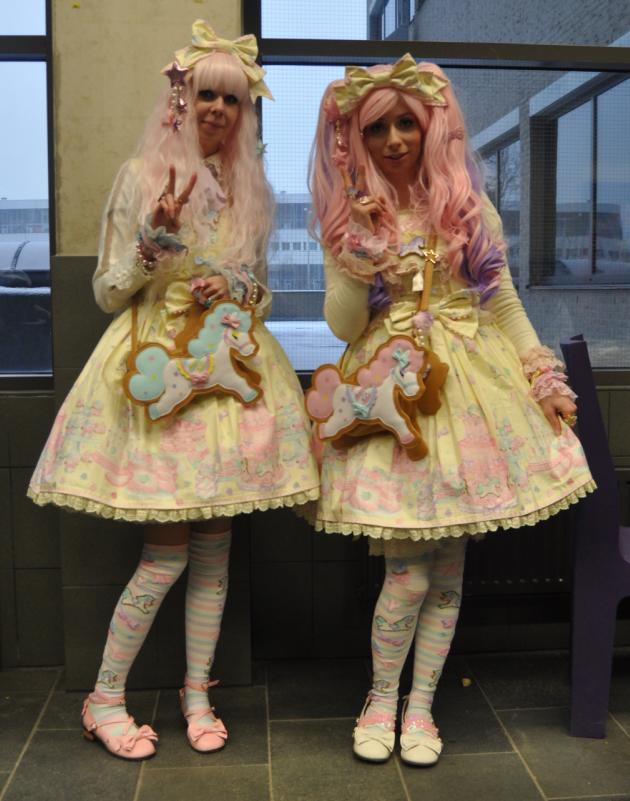 I had a little ‘WOW-moment’ when I saw these two awesome looking ladies. They’re taking sweet lolita to another level! Check out Leyla’s blog for more inspiring outfits.

See you at Tsunacon next year?

One of the most fun things I did last week at Tsunacon was witnessing Uno’s bento workshop. I made a lot of pictures: 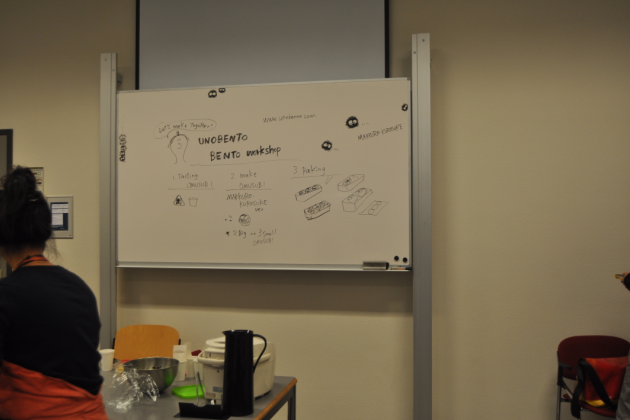 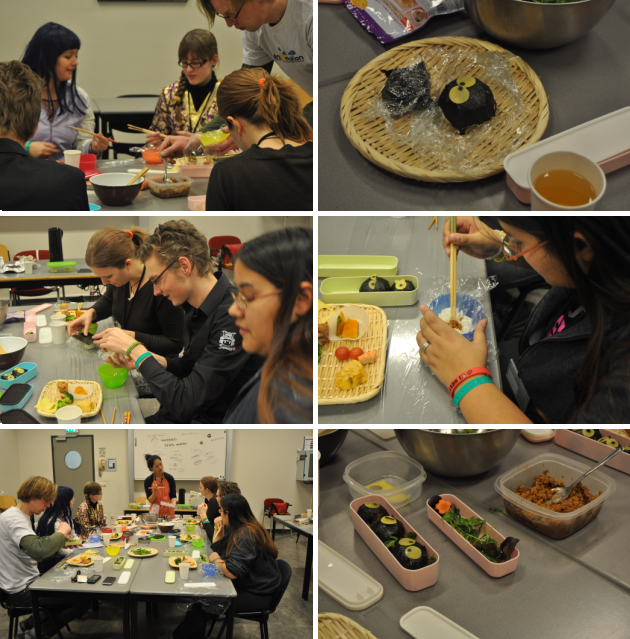 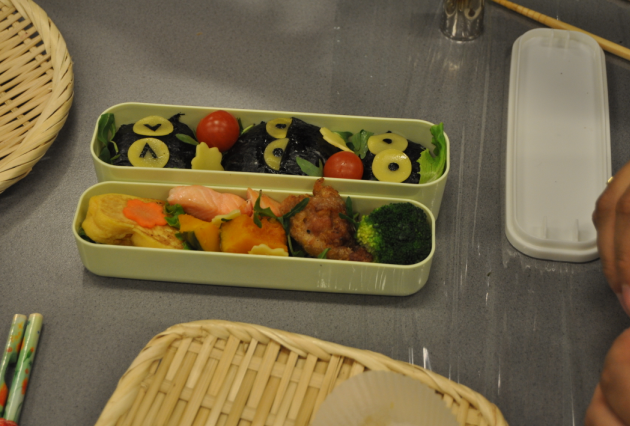 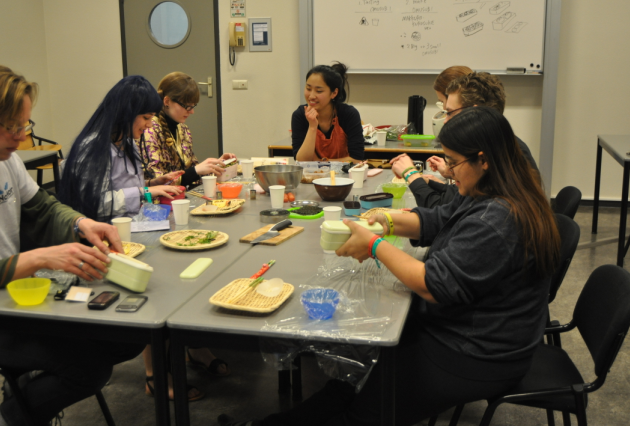 If this pictures made you excited and you want to know how to make a nice bento like shown above, then you should definitely check out these links:

I already told I went to Tsunacon last Sunday. I made so many pictures and these I want to share with you to give a good impression about the convention.

The dealerroom was awesome. Of course there was many manga and anime (related) stuff, but also typical Japanese things and gyaru fashion. <3 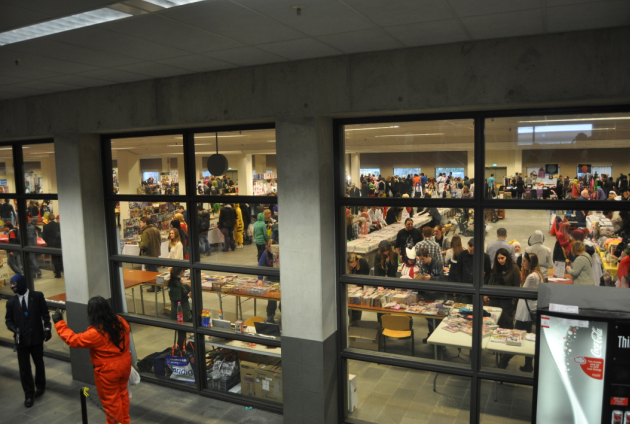 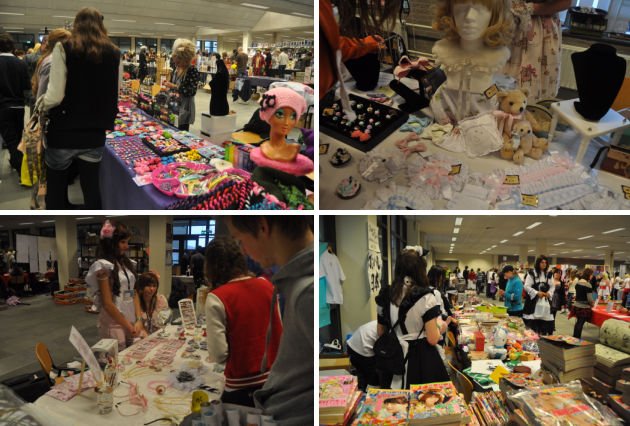 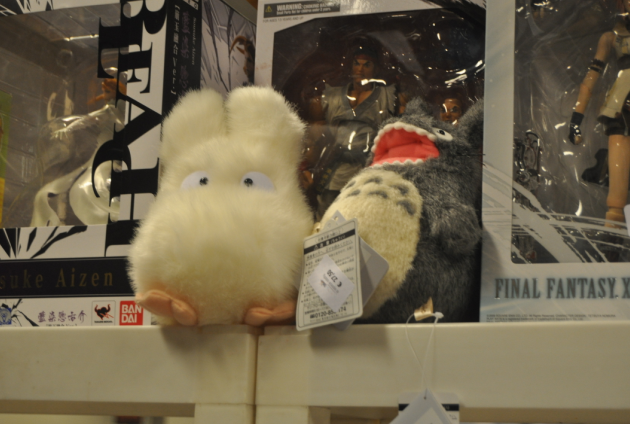 (Wish I had bought the fluffy figure!)

Cosplayers! There are a lot of activities on these conventions, but even when you’re not doing anything you won’t be bored, cuz it’s so nice to see all the cosplayers. 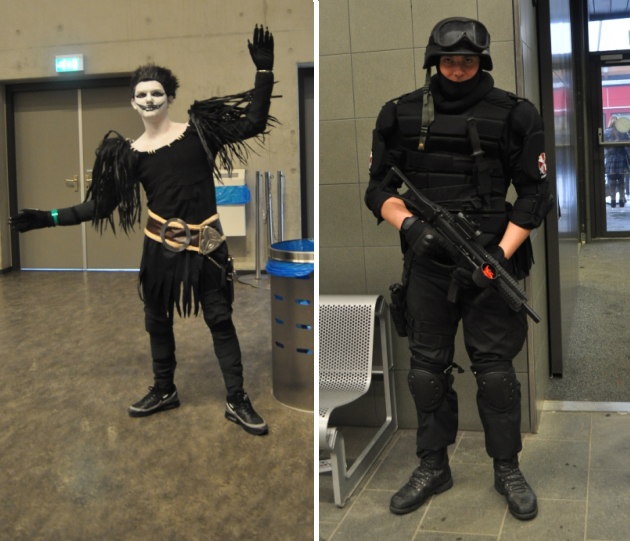 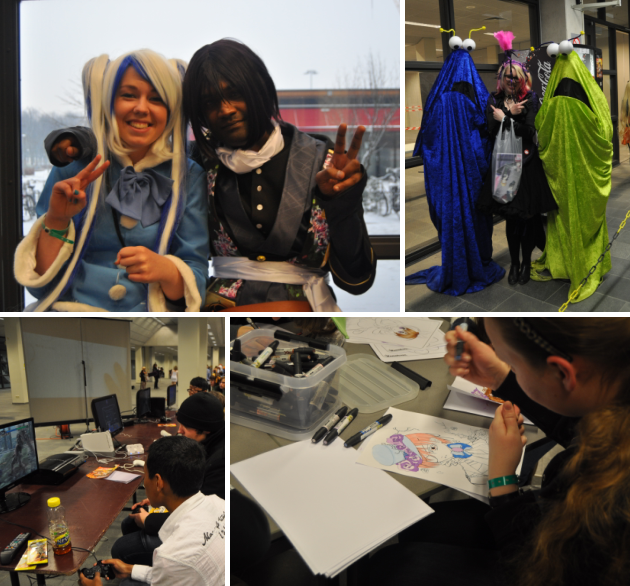 This last shot was made at the manga kissa (library). 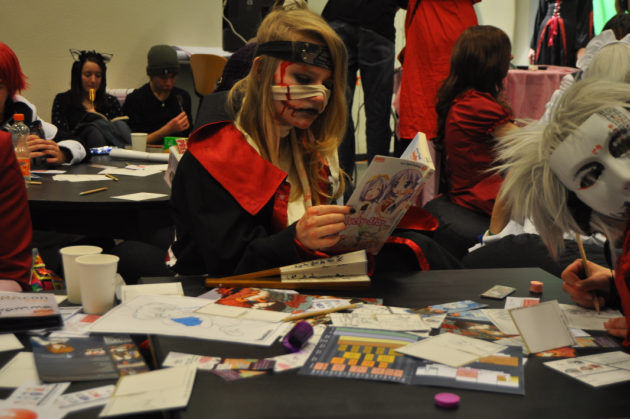 I didn’t capture everything, but if I had… three posts wouldn’t be enough!

How was your Valentine’s day? Mine was like every other ordinary day, I went to a movie with my friends and we had a little ‘afterparty’ at my place.

We went to The Devil Inside. I saw the trailer a few weeks ago and was really excited to see it, but it wasn’t as good as I had expected. 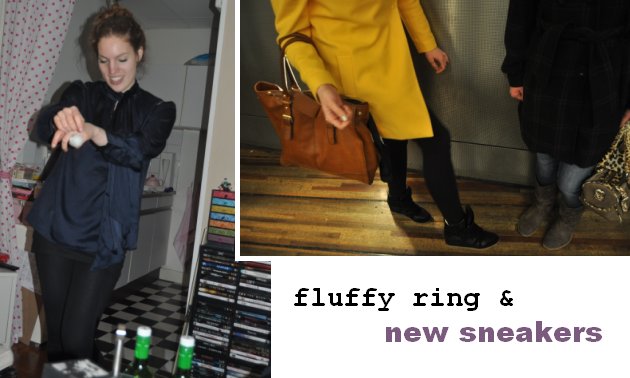 Today I had the day off, so me and my Mum went to some shops. I’ve bought some l’Oréal products and received a gift bag. I also purchased nettle tea and a scrub from Therme since they had a 50% discount and I had my eye on the scrub for some while now.

We shopped all noon, but I only told about the more interesting things. 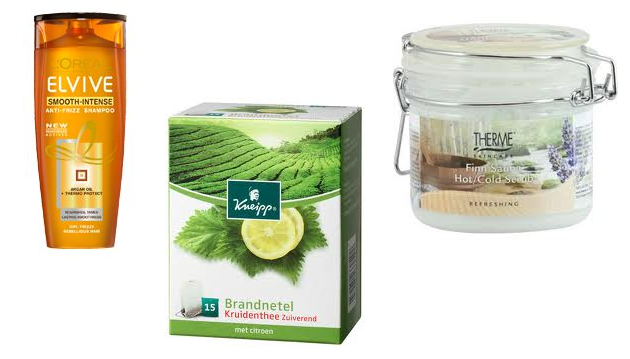 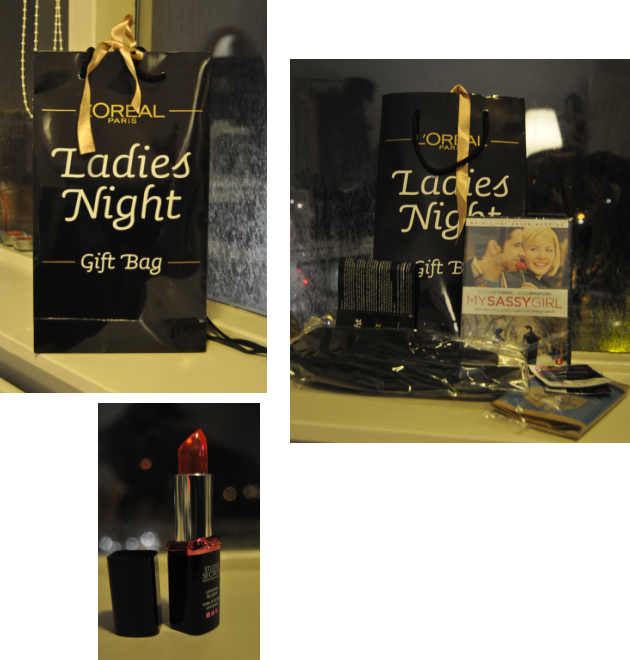 I was going through some pictures from last summer and found this picture. I can remember this day so well. Enjoying the sunset from the roof with my friends. Ah, can’t wait for the temperature to rise again! 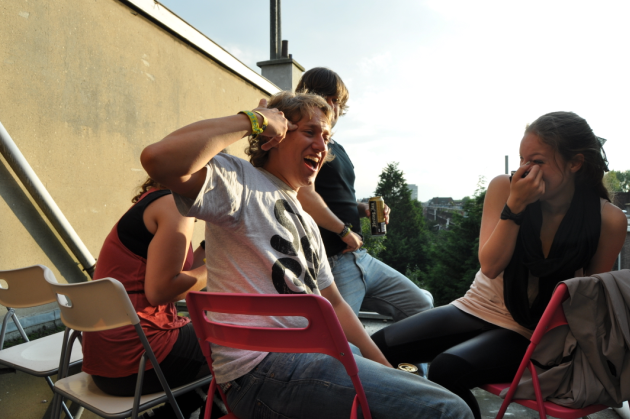 Yesterday I went to Tsunacon. I was invited as press! It gave me some nice privileges.

It was a nice event and I have enough material for three blogs.

Hope you’re looking forward to it! For now I have this little picture. I’ve bought these headphones at the convention. Isn’t it supercute? 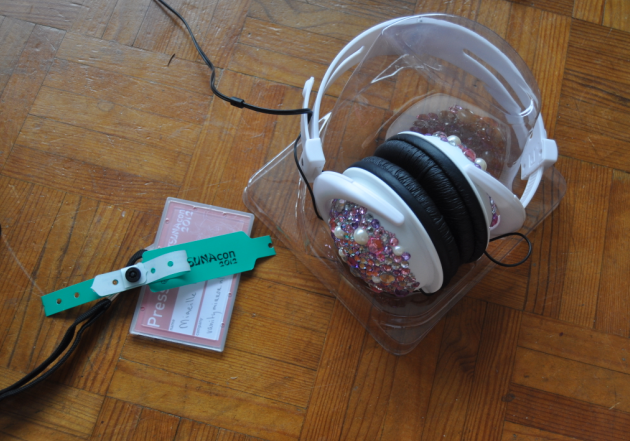 I think it’s more difficult to wear something nice with this freezing weather. I don’t feel like going outside a lot because of the cold and also because of the way I feel lately.

This is what I was wearing today and I was wearing a coat as well, but since the pictures were made inside I didn’t need to wear that one. Most of the outfit consists of dark shades and jersey fabrics. I’m wearing a yellow bandeau top, but it doesn’t really show on these pictures. 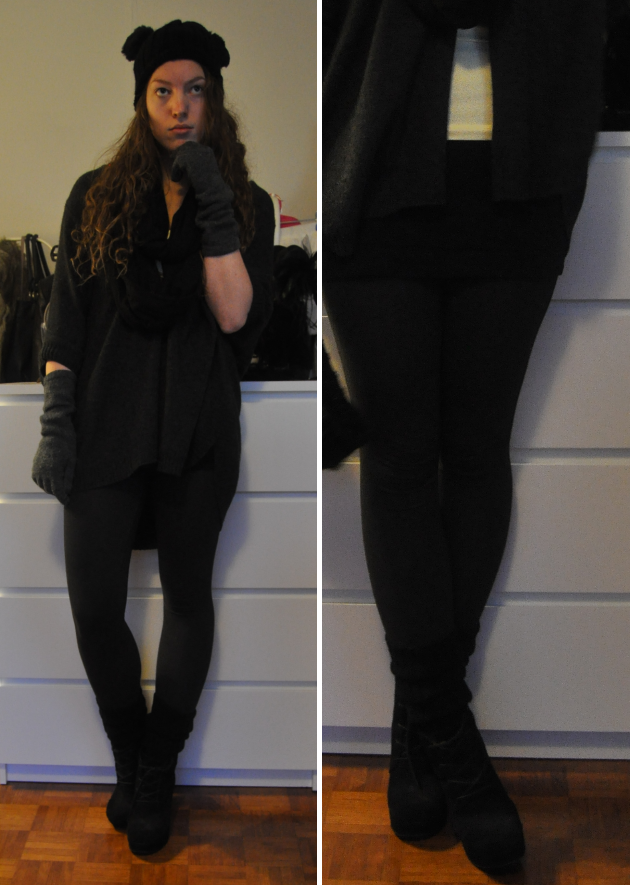 Sometimes I just love to wander around the internet and watch all kind of cute things like cupcakes, candy, sweet jewelry, lolita stuff, … 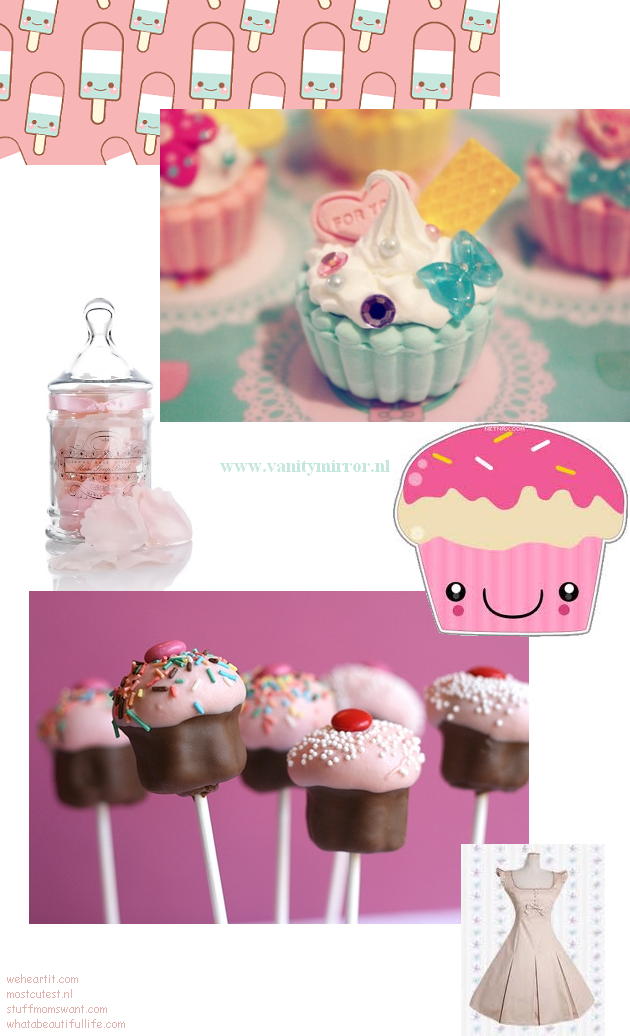